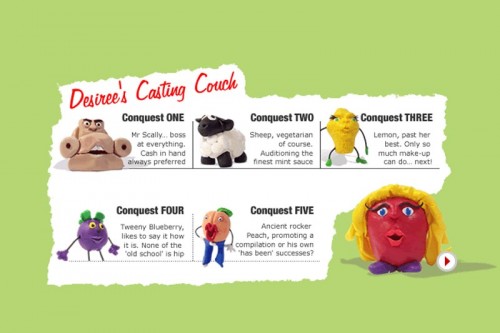 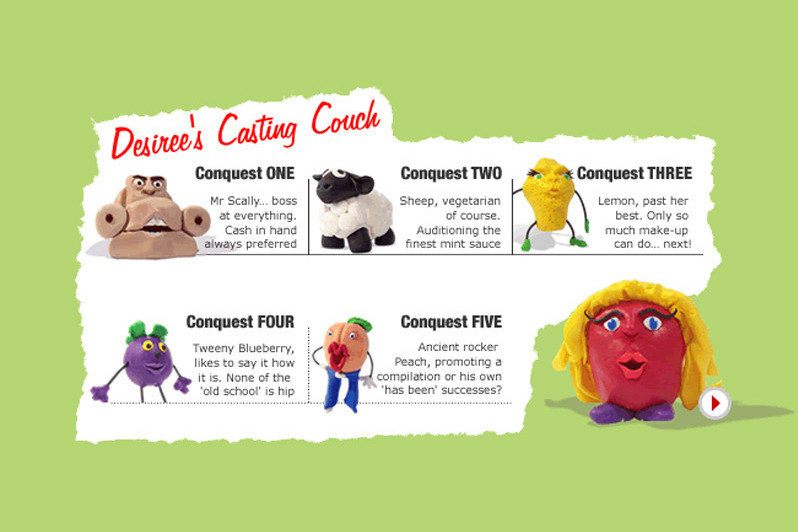 If I'm at the finding the voice, stage of creating a character's sound, ie the very beginning, it's always useful to have an image of the character. If that isn't available think about the period the character is from and therefore what they are wearing, their age, where they're from and the style and genre of the narration.

When I am voice acting a children's character, I have to physically assume the posture that character has, whether presented to me, or imagined. Then, I think Commedia De'll Arte for some characters, and Jan Haydn Rowles, for others.

As I write this I am trying to remember the exact date I attended the LAMDA Character Workshop, led by Jan Haydn Rowles. But it escapes me. It was around 2005, give or take. But it has stuck with me and proves very useful. So, let me explain.

Jan started off with a warm up, imagining we were fruits, lemons, pears, cucumbers and plums. The voice had to come from the physical shape and texture of the fruit, which makes sense. Yes, I know fruits don't talk (oh but they do on adverts and as animated characters) so read on. Human's also tend to speak from certain areas of the body that are where that particular individual's motivation stems from. So, for example, think of the wonderful Mr McKay, in Porridge. He struts around with his chest puffed out and his neck chickens backwards and forwards. He is the stock windbag who speaks from his chest. He believes in his own nonsense but is always found out. It is nothing but hot air. He is also the Il Capitano character from the Commedia tradition, a pompous fool.

Some people sound like they are talking from their eyes, others the neck, some sound like their neck is being gently wrung (they are usually whining and moaning or very unsure) and then, of course, some talk from their trousers. We all know someone like that! Assume the gait and walking pattern of that individual and where their energy and motivation comes from and the voice follows. It makes sense. The voice is the last physical manifestation of a series of physical processes on a journey through the body, initiated by a thought (from whichever region as above) and finally entering the air waves as speech.

Try it, if you don't already use this approach. Apart from anything else, it's great fun!
All these ideas are based on the practitioner Laban. Jan's workshop was for actors, so voice actors have to adapt this if working solo in a booth. But you can still change your posture and facial gait, you can still gesture (with care) and the results speak for themselves (excuse any pun).